IPMS South Cheshire Model show is an event that culminates a few of the clubs in the South Cheshire area. The event was held at a local school which had a brilliant main hall with all the majority of traders and club stands in. The show was very varied featuring the local model boat, tank, truck, and aviation clubs – each featuring R/C components. There was an area netted off where each of the non-water based RC clubs could have some fun throughout the day and show off their moving models (there were trucks occasionally driving round the venue too, much to the amusement of children).

The show featured the usual clubs you expect in the midlands of the UK, such as IPMS Stoke-on-Trent, Wirral, Crewe, Bolton and such. There were many SIGs too – such as the Airfix-only SIG, Helicopter SIG, and F1 and Motorsport SIG. The show felt incredibly varied compared to many I have attended – it even had a beautifully colourful Lego stand. It had an overwhelming sense of inclusion and multigenerational modelling, which was genuinely lovely.

The show did have a great balance of traders and clubs. Some excellent steals were to be found at the show (my own steal being a sealed Trumpeter Tu-95 in 1/72 for £45). There were, of course, the usual ‘under the table’ model kits to be bought too, but thankfully people seemed more interested in what was on the table – something not always the case at some shows.

Below is a slideshow of some of my photos. Please excuse the quality; I forgot my camera and only had my phone to use. 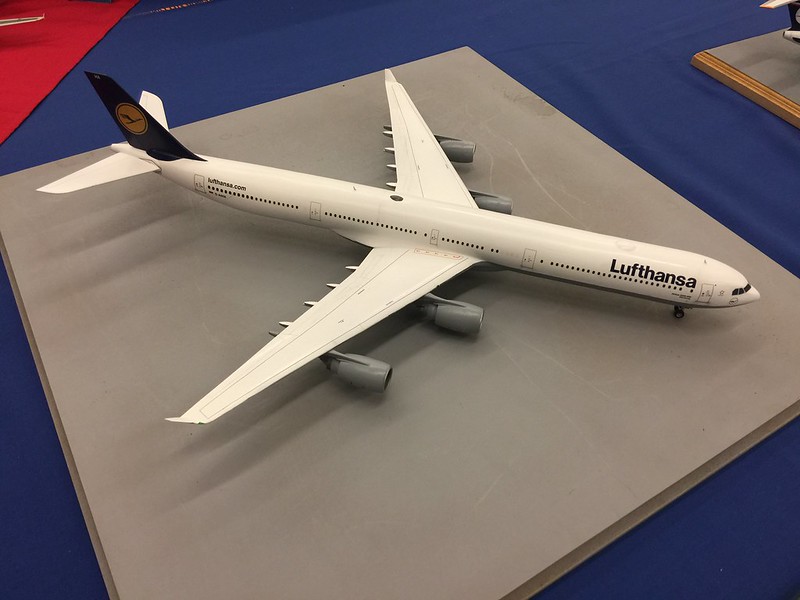