This product is something that I am very happy about. I felt the European market had been screaming out for these attractive markings for the Alpa Jet for some time. As a girl who loves her aerobatic teams, I decided to approach Dekl’s and suggest that they make these markings as I wanted them, and felt that they would be a product others would want as well. Thankfully, saving me embarrassment, Dekl’s said yes. So, here we are.

Asas de Portugal was (at time of writing, they are no longer active) Portugals national display team. Their original and most iconic mount was when they flew their Cessna T-37s. These were replaced by Alpha Jets in 1997 and they would be activated and disbanded up until 2010 when they were finally deactivated.

The Portuguese are the only rivals to Belgium for their elaborate markings of the Alpha Jet, and their display team has one of the most colourful and distinctive. The white canvas is painted with stripes of Portugals flag; red and green ribbons follow a chequered nose section. Bonita.

The decals themselves come on one sheet. They are clearly marked and easily distinguished from each other. As is typical of Dekls’ production, they are mirror-printed. This means that you do not slide them just from the paper, you flip them over and take the paper off the back. They are not pre-cut patterns, however, so you must cut as close to the designs as possible. Thankfully althogh the end product is very intricate looking there is plenty of room to cut around the sections sparingly. You are also provided with some block colour on the bottom right should you manager to rip a decal like I did; easier than you may expect as the consistency is different to what you may be used to.

They are very easy to apply though. The hardest thing is keeping the white perfectly white throughout the process even with a varnish prior to application. As previously hinted, I did manage to rip one of the wing sections. I patched it up (though not that gracefully) but I’m still happy with the result. My advice? Practice with the test sheet that you get before hand – these do handle differently to what you may get in a regular box. 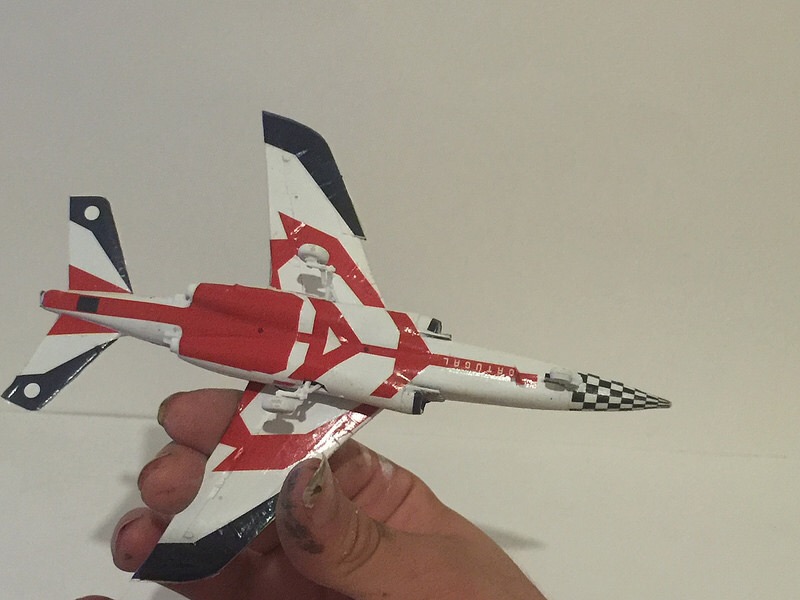 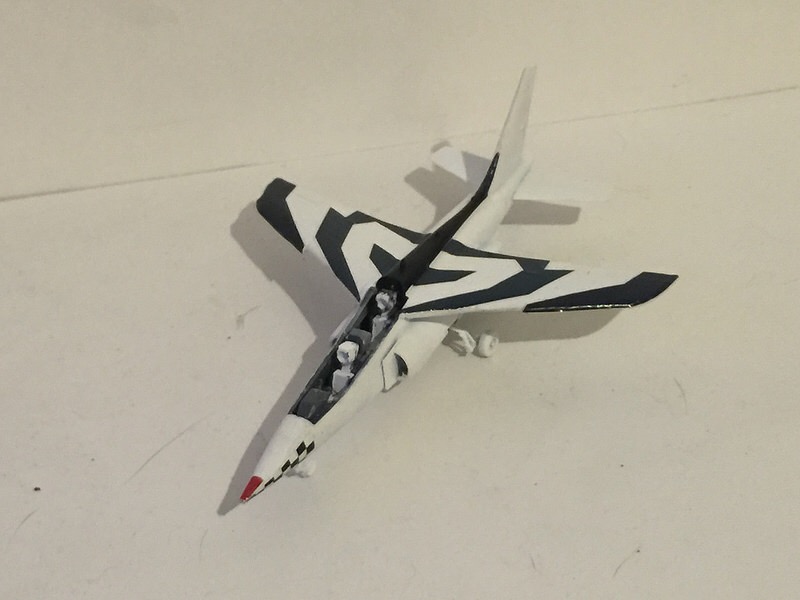 After taking time to let each layer dry, you will eventually find a lovely model. One word of advice; the real aircraft normally had a smoke tank underneath. From my research, it had the paint scheme in place so that even without the smoke system tank underneath, the paint scheme remained in tack (or more likely it was just re-painted). I chose to apply mine without the belly tank purely because I didn’t have an accurate one on hand.

The overall finish is impressive. It looks very professional even in my armature hands.

I would strongly recommend you buy a set of these decals You’ll get a truly fabulous aircraft that will stand out in your collection and will be a must have for any fans of Força Aérea Portuguesa (or the Alpha Jet like me 😉).