The Hawk from BAe (formerly Hawker Siddley) is a jet that is known the world over as a capable trainer, and light attack aircraft. It is the mount of the Royal Air Force (United Kingdom) aerobatic team the Red Arrows – replacing the Gnat before it. It is a plane that you see often used as a silhouette to just describe what a plane looks like how many use the F-16 for a similar purpose.

It is an aircraft of massive international success. It has been used in various nations in Europe, the Arabic world, Asia, and even being adapted for training in the USA as the T-45. I chose to do this aircraft many many months ago as the Indian display team. At the time there were very few images of the new scheme around, and I got the tail wrong as a silly mistake – this will be correct with tail sections from a donor kit once other projects have ceased. I normally wouldn’t post with such a mistake, but I just don’t have the time to carefully fix this at the moment and I’m still proud of the overall look and feel of the model.

Now, however, there are lovely videos of the aircraft team in action. No more low quality pictures to try and work out the right colour!

The box comes in Airfix’s lovely new style. The box is big enough, and the instructions are in colour and crystal clear. The box is excellent for sorting parts as you go, and is sturdy enough to not have parts rolling out of it, as I found with older Airfix boxing.

In terms of markings you actually get a fair variety here. You can choose to make a standard RAF mount, which stands in a gloss black finish – this is, of course, a very elegant and sexy scheme. You can also opt for the box-art model, which was a demonstrator aircraft. You can also opt for an Indian scheme which is in a grey tone. I, however, being someone who just adores colour when given the chance, opted for the Surya Kiran scheme (just missing some decals).

The Hawk itself fits together with delightful ease. I don’t believe I actually used any filler for my model (though, to be fair, this was something from very early on in my modelling career). Mileage will vary, as not all kits are injected equally – but I generally find Airfix to be pretty consistent with only a few kits (like the Swift) having any reputation for variance. The clear canopy comes in 2 parts, which were crystal clear and had great detailing.

If you’v built a Hawk T1 (or really any varient of the Hawk before) you’re going to be very familiar with it’s construction. From landing gear config, to fuselage assembly, it was near identical to previous Hawk’s I’ve built (which is no surprise at this scale).

In terms of paints I already had the red  I had used for my Belgian Alpha Jet. It seemed a decent match, so I went for it. I used my normal Tamiya Grey Primer to highlight any faults, before spraying the whole kit in white. This was then followed by carefully masking the lines for the fuselage, wings, and tail sections (which I did reverse to how they should be for some unknown silly reason).

The decals are of excellent quality. I really wish I had another T2 around to do the demonstrator model as I’ve seen it at shows and it’s simply beautiful. I used only the Indian decals which I could fit relevantly to my model (at the time there were no aftermarket for the team). They had no splitting issues, no colour fade issues, and fit to the model extremely flush. To be honest, I have no negatives on these decals.

The jet required very little input from me to come out well. It’s one of the first aircraft I did when I got back into modelling, and I still happily take it to shows as I just love the scheme and overall look of the jet. There is a pitot tube missing too, I’m pretty sure this has absconded from my possession between model shows.

Still, at least now I’ll be more careful when looking at reference material and applying it to a model. 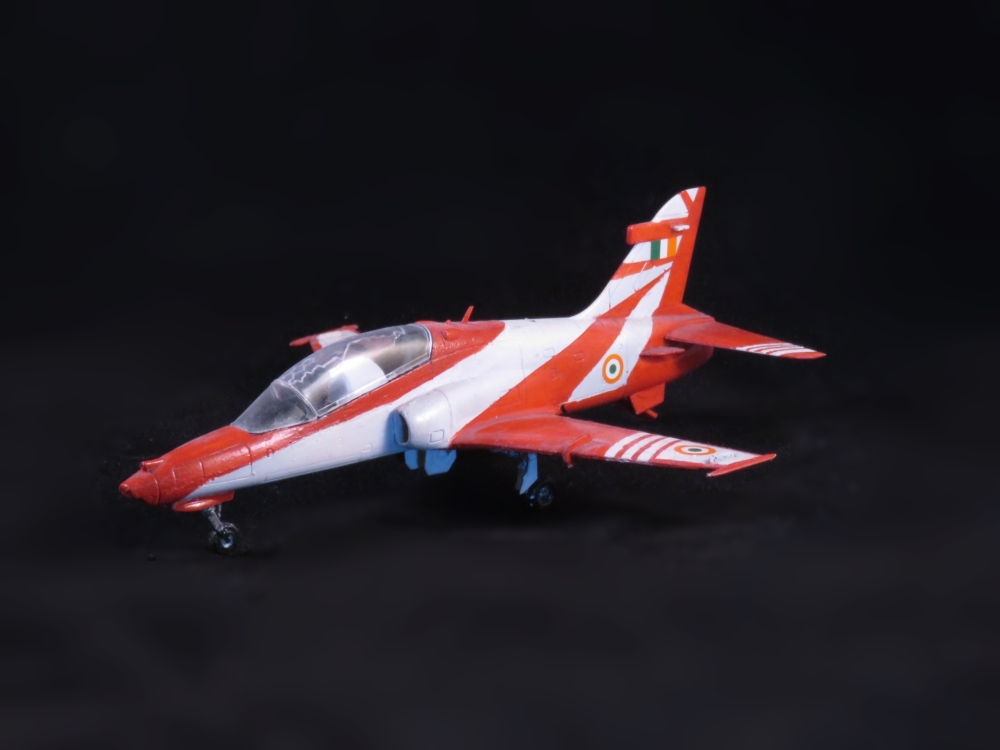 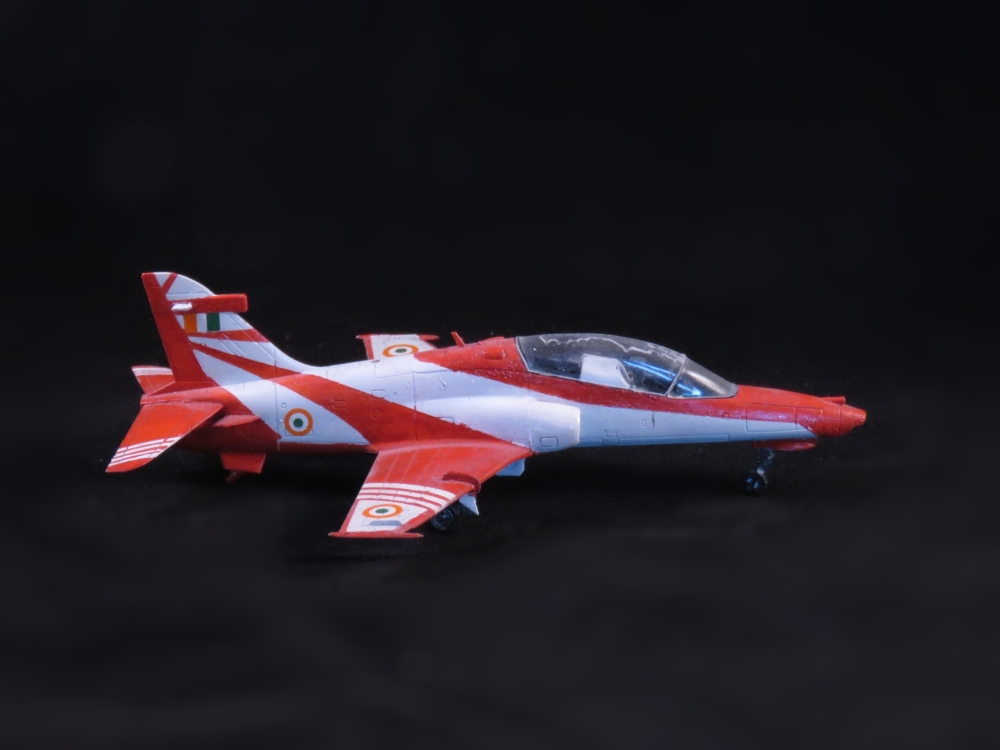 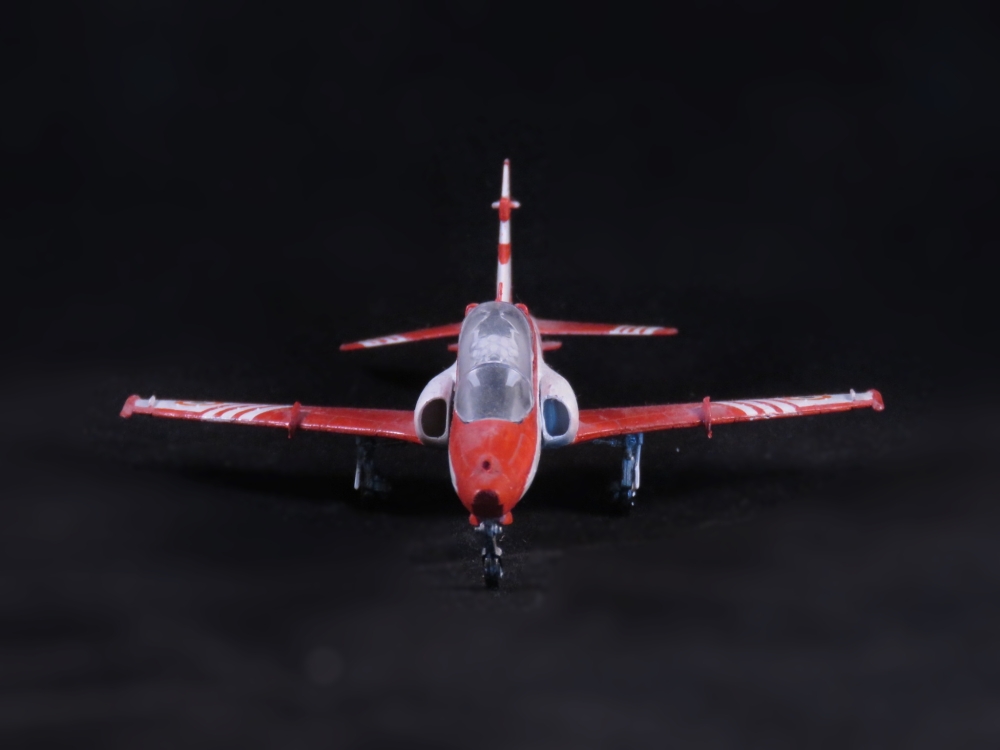