China’s J-10 made by Chengdu has been regarded by Western observers as a “cheaper version of the Eurofighter or Gripen.” We are not here to be critical of the actual aircraft, of course, but I do think aesthetically it is like a mash up of the two – but with the rear end of the Mirage 2000.

The Chengdu J-10 is a light weight multi role fighter aircraft from The People’s Repbulic of China (currently it’s only user). The aircraft is also the mount of the August 1st Display Team – the national display team of the PLAAF. The aircraft is an important milestone in Chinese aviation; it symbolises their modernisation and indigenous industry (though the current engine is Russian, but this is due to change shortly).It’s worth noting that the original Trumpeter boxing (sold as “New Chinese Fighter” or J-10S are both for the original model which have a traditional air intake. The J-10B reviewed here has the much more pleasing divertless air intake). 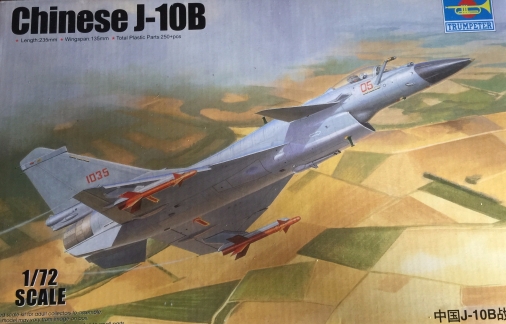 The box for Trumpeter’s kit is beautifully organised as one would expect. Each spruce individually bagged, and the clear plastic in a different compartment and covered in a small polystyrene wrap. As is typical of Trumpeter you get clear instructions (probably the best instructions I’ve used in a long time) and a colour-printed sheet to show you the finished paint scheme and decal placement. I opted to use some research to find paint colours for my original build rather than purely from the box. What you’re seeing is my second, as I was greatly unhappy with my first paint scheme that I did – you live and learn! 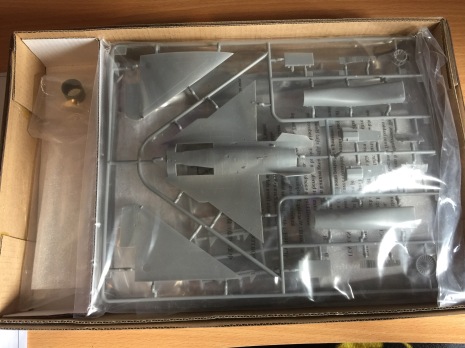 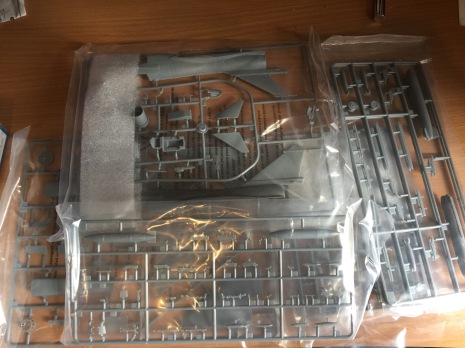 A quick dry fit reveals how simple the kit is. I’d probably say this is harder than the Revell Rafale but easier than the Eurofighter, so not greatly difficult. If you’ve built any modern jet aircraft by any of the other brands you shouldn’t find this much of a challenge. The shape is definitely makes me think of a ‘big brother’ to the Gripen.

The cockpit is extremely detailed. Unfortunately, I have a massive aversion to cockpits; I find them frankly unappealing. This has meant that I am terrible at them as I can never fathom the absolute effort that I can for the exteriors. From what you get, however, it’s clear to see how one could make a lovely cockpit for an open-cockpit display (something I don’t do on 1/72). 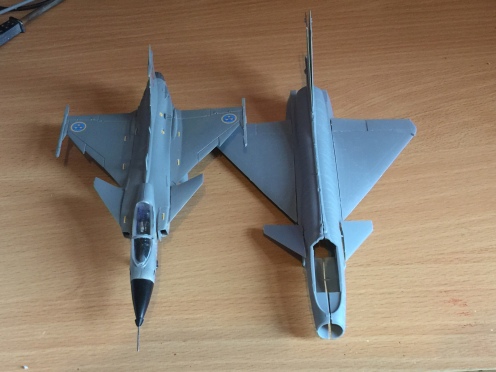 The parts practically fall together. The only sanding/filing work needed is to remove the little clumps of sprue left from being cut from the sprue-tree. Wing assembly was probably the best fit I have ever experienced; I only really build aircraft so this is extremely high praise indeed! I simply can’t express how easily this fit to the fuselage too. There is a small bit of protruding part that sticks out from the main wing section which slips under the forward fuselage This means you get an incredibly snug fit and don’t have to worry about squeezing anything in place.

In terms of paint scheme I turned to some online research. The kit itself suggests Vallejo 907 but I went for 905 which is a slightly more blue hew which I felt suited many of the images of the real deal I’ve found online. The underneath was done with some Revell paint which was matched by eye (I could’ve gone a shade lighter in hindsight).Online you’ll find many camo schemes too which could easily be made with the decals in this kit. You also get a pretty decent array of weapons to fit onto the model, though aftermarket kits for Chinese weapons can expand on this. I’ve currently got mine in a ‘clean’ layout..but may add weapons to revamp it in the future.

You do also have an older J-10A version on the market and you can also just buy decals for the display team August 1st. The differences are small but significant between the two versions, so this is worth considering.

My final thoughts are that this kit is great. For either beginners that just fancy something a little different but easy to build, to those who want a good representation of China’s new home grown fighter; this kit is great value for money and creates a  fabulous model with little effort. I’ve not yet finished the full decals on my kit, but I’m already extremely happy with the end result – they are the perfect consistency and sit flush to the model with little struggle.. It is slightly more expensive than it’s European counter parts (it costs about double that which you can get a Gripen or Rafale for). Saying this, there are some Eurofighter kits for a similar price from Revell and Revell does not provide photo etch or the vast options that this kit has. Definitely great value for money. If I can do it – so can you. 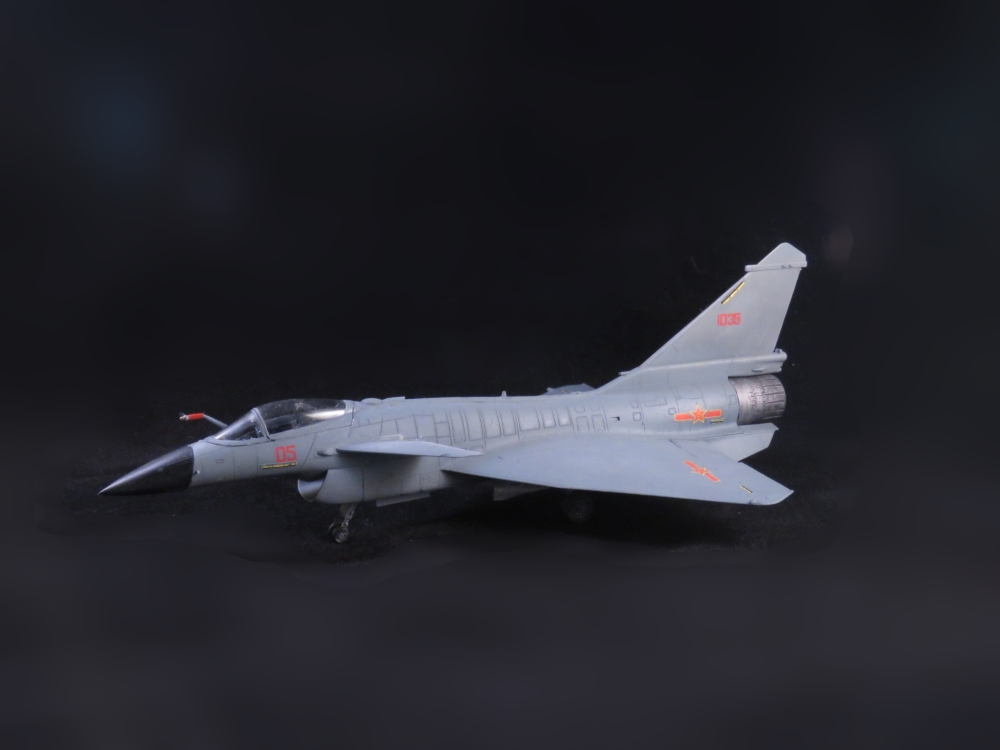 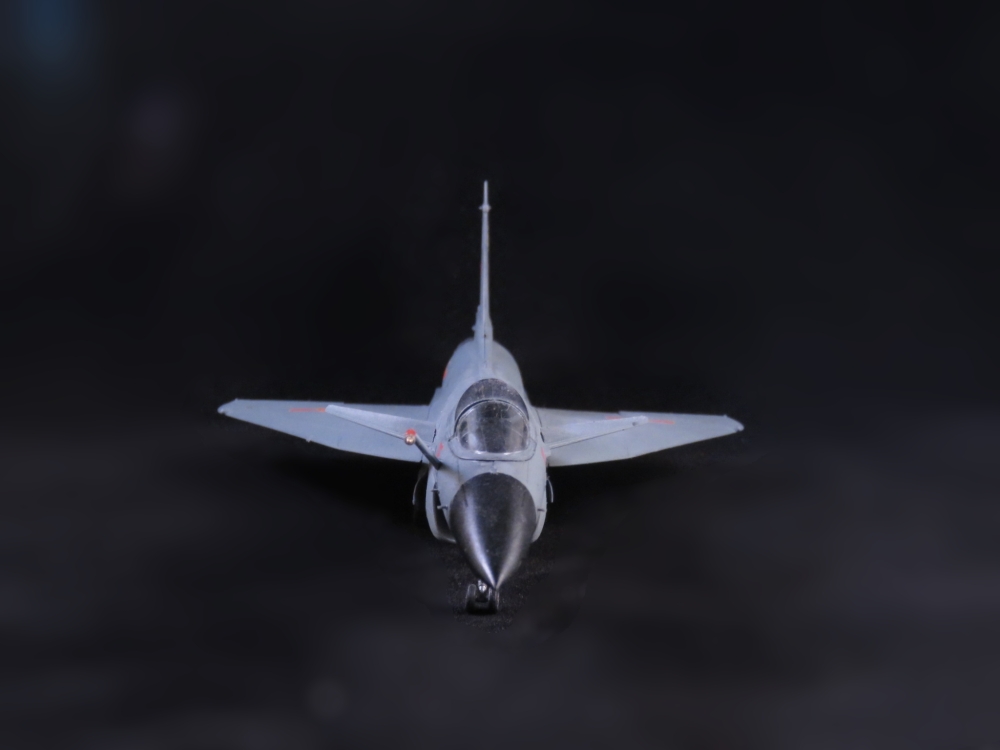